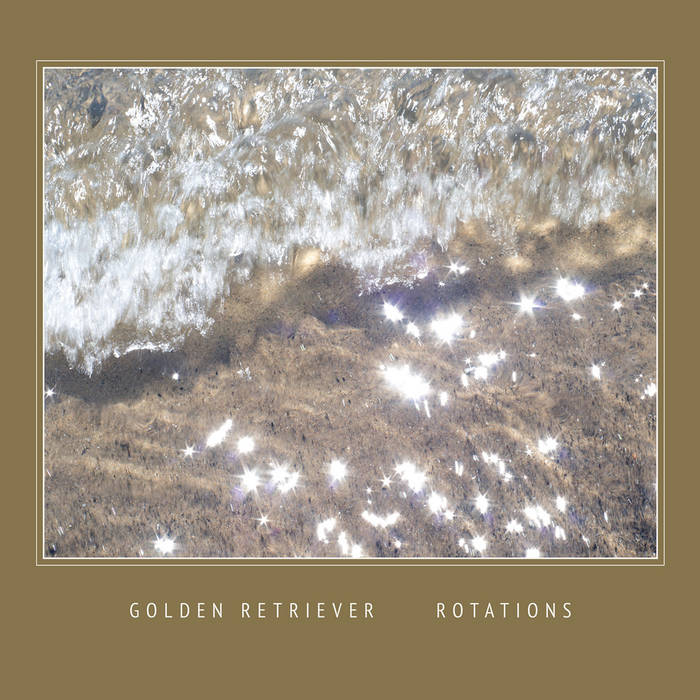 It's an impressively varied album; moving from having layer upon layer of dissonant sound to moments where silence and spareness create the sense of great delicacy or fragility. This is inspired composition.

Acoustic and electronic elements blend seamlessly together to create a genuine musical suite that gives the attentive listener an immersive and enlightening musical experience.

As the duo Golden Retriever, Matt Carlson and Jonathan Sielaff have explored an ocean’s worth of sound. Primarily working with the intersection of modular synthesis and amplified/effected bass clarinet, the duo has done eight releases for labels like Thrill Jockey, Root Strata, and NNA Tapes. Their music combines an intense emotional immediacy and meditative focus with strong melodicism and an organic, naturalistic approach to experimental electronic sound. Rotations features the duo expanding their sonic palette to incorporate a full chamber ensemble. The results of this stunning collaboration are meditative, lush, and emotionally arresting.

Rotations began when Golden Retriever received a grant from Portland’s Regional Arts & Culture Council to organize and perform new works. The public performances took place in October of 2015 at Portland’s historic The Old Church. For the performances, Golden Retriever created a series of pieces for an ensemble that included strings, wind instruments, percussion, and pipe organ, which became the foundation on which Rotations was built. While their duo recordings and performances are typically developed from studio improvisations that evolve into specific musical structures, in this case Golden Retriever began with simple acoustic compositions, improvisations and fragmented ideas between bass clarinet and piano and used them to develop melodic and harmonic themes. After adding more layers and transcribing the various parts into notation for a chamber ensemble the final result of their collaging process gives an effect that Golden Retriever are playing the ensemble as their instrument, and through careful arrangements, have obscured the lines between improvisation and composition.

Through the course of the creative process of choosing, editing and arranging the pieces, the duo saw a clear theme: a meditation on the cyclical nature of life and more specifically on going through something very difficult but emerging on the other side of it with hope. Pieces such as “Pelagic Tremor” tell the story of a tumultuous seascape, stormy and churning. “Tessellation” weaves a tapestry of overlapping patterns that are impenetrable and sifting. In contrast, the sounds of “A Kind of Leaving” (whose title is a reference to a Bei Dao poem) evokes more quiet and contemplative imagery, and “Thread of Light” is perhaps Golden Retriever’s most minimal piece to date, finding beauty in simplicity. Within each piece, the instruments cycle rhythmically, harmonically, and texturally with one another. The album itself has a cycle made up the ebb and flow of each piece that is both pleasing and unexpected.

Golden Retriever was formed in Portland, Or. in 2008 by multi-instrumentalists Jonathan Sielaff & Matt Carlson. Focusing on the relationship of two primarily monophonic instruments (modular synth & bass clarinet), and utilizing layering with a deft balance of improvisation & composition, the duo has created an infinitely varied approach to their sound world. ... more

Bandcamp Daily  your guide to the world of Bandcamp